Kings and Lords of Meath

The Kingdom of Meath is said to be a focus of human activity for over 5,000 years. Legend says that Meath, then referred to as Míde, was created by Túathal Techtmar, the High King of Ireland in the 1st century, calling it the King’s Territory. This land is where druids would meet and is the backdrop to many ancient Irish myths and Pagan ceremonies.

Míde was frequently overrun and partitioned and began to collapse as a coherent kingdom during the Norman Invasion. Scroll down to see a how the Lordship of the Manor of Athlone has been passed down to today.

The Marriage of Strongbow and Aoife oil-on-canvas painting by Daniel Maclise, painted in 1854 depicting the Norman Invasion in Ireland 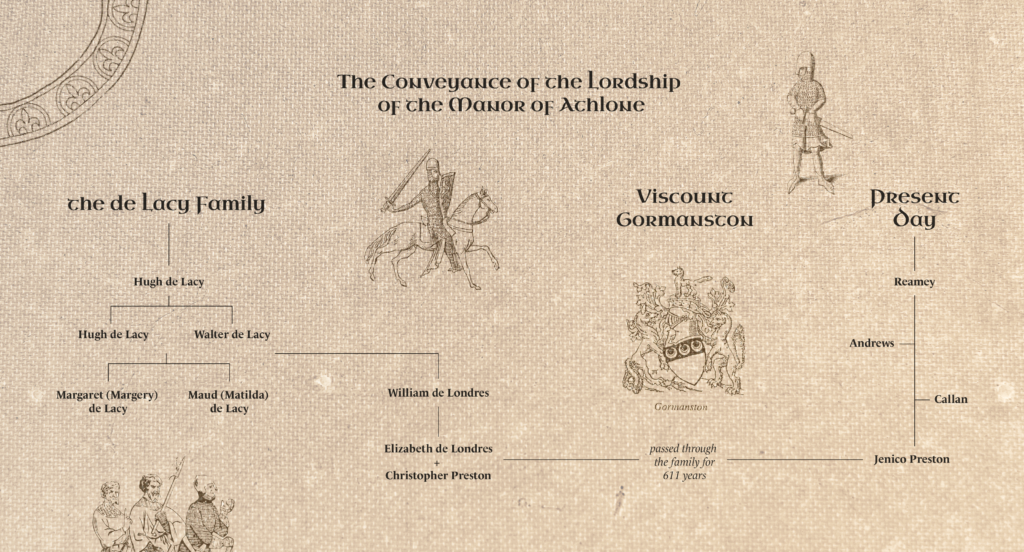 After the fall of the Gaelic Kingdom of Mí, the Lordship of Meath was granted by King Henry II of England to Hugh de Lacy in 1172. In 1241, the Lordship was split between two great-granddaughters. The central eastern portion was awarded to Maud (Matilda) de Lacy (Baronesse Geneville) as the lordship of Trim. The other western moiety went to her sister Margery de Lacy (Margery/ Margaret de Verdun) which was later named “the royal county of Meath” or Westmeath.

The liberty and royal county were merged in 1461 but the east was under English control whereas the west was Gaelicised. It was not until 1543 that the east and the west were officially divided into the counties of Meath and Westmeath.

You might wonder how this lordship was passed down to its present steward. The Lordship was passed to the Preston Family by way of marriage in 1381. Elizabeth, heiress of the last de Londres in the male line, married Christopher Preston, 2nd Baron Gormanston. The Viscount Gormanston conveyed the Lordship in 1992 after being held in the family for 611 years.

Lordship in the News 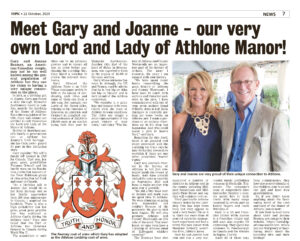